ngPAWS (next generation Professional Adventure Writing System) is an engine for creating text adventure games (aka. interactive fiction) that can be run in any modern browser (wether online or offline).

At this very moment the project is in beta status, though is an advanced beta version considered very stable. The project is hosted in github, so most project information is there: 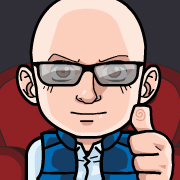 Where did ngPAWS come from?

ngPAWS is strongly based in Professional Adventure Writing System for the ZX Spectrum home computer, a system widely used in Europe in the late 80s and 90s (released in America as Timex home computer). ngPAWS is also based in Superglús, and is in fact a rebuild of that authoring system using javascript instead of Glulx virtual machine.

Is there an english version?

ngPAWS is designed in order to be used both in english and spanish. The compiler and preprocessor are both in english, while the code editor works fine in english and spanish. Also, the parser is ready to understand tweaks of those two different languages (you can set your game to english or spanish and parser reacts accordingly). On the other hand, ngPAWS requires a start database that handles most common answers to player requests, includes basic vocabulary, etc. and there are two different start databases, one for english and one for spanish.

Yes. You can compile the preprocesor and compiler in Windows, linux (x64 and arm) and OSX. The editor is only avaliable for Windows and Linux x64 though, despite compiling it for OSX is theoretically possible.

Can I develop my games/stories with ngPAWS and then apply the licence I want to them?

Yes, we encourage you to use ngPAWS and we don't want anything back for it. The engine is using the MIT license and the start database is released to public domain in order to do so. If you think our license prevents you from using ngPAWS for your project, just let us know and we will find a way.

Is there any demo?

So where can I check how ngPAWS work? For the time being, there is only one demo avaliable (in spanish), you can find it following this link. To complete the game type the following orders: E.S.EX CASCADA.ENTRAR.COGER HUESO.SALIR.N.DAR HUESO A PERRO.ENTRAR.COGER BIDON.SAL.O.N.PAGAR.LLENAR BIDON.S.ECHAR GASOLINA.

Yes, in spanish though:

Find below source code for two games made with ngPAWS:

Please notice you can allways build yourself lastes beta from Github code if the binaries avaliable for your OS are not the latests one.

There are some interesting plugins that are not part of ngPAWS core, but can help you make better games:

To te following people, that took part or whose work was needed for creating ngPAWS: